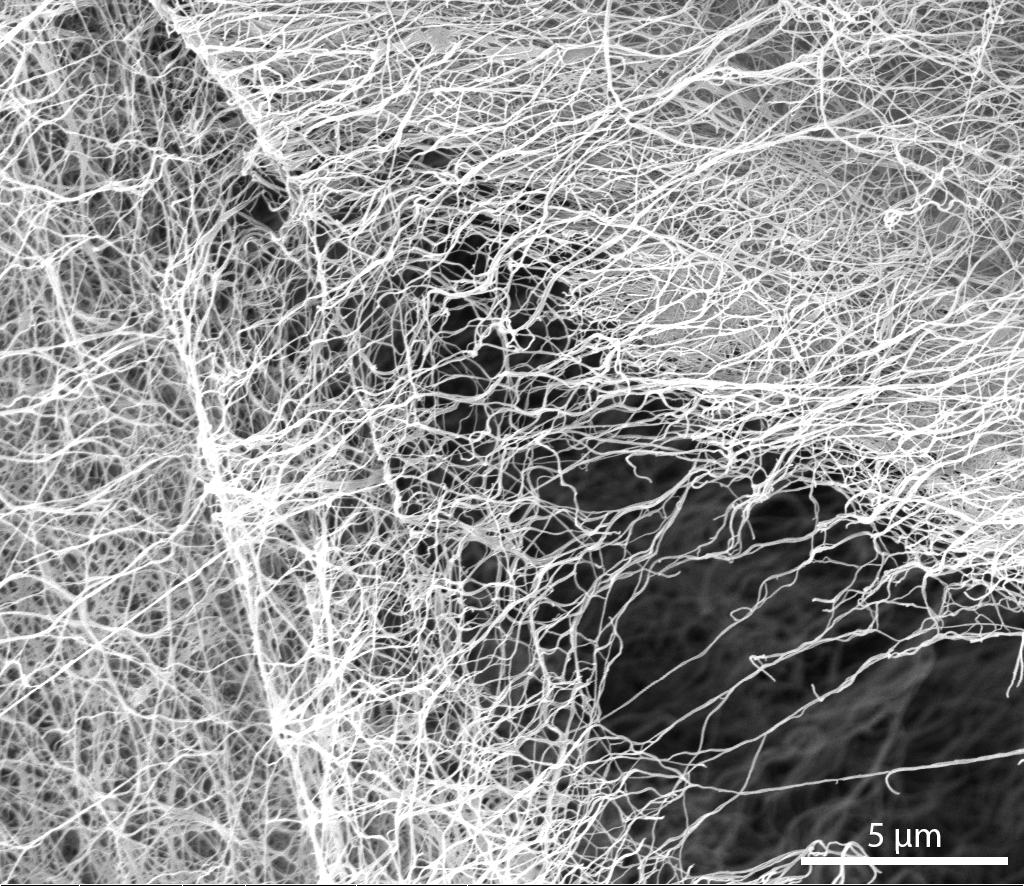 Bacterial Cellulose, a green biodegradable polymer with many varied applications

In recent years, global environmental concerns about our society’s overreliance on petroleum derived plastics has stimulated an increasing demand for green, biodegradable substitutes. Thus, the search for best-fit materials for various bioengineering and bulk applications is accordingly gaining increasing research focus. In this regard, natural biomaterials have attracted much attention as potential materials to effectively address the challenges of sustainability and environmental safety. However, such biomaterials must meet certain key requirements, including having tuneable properties, being produced in commercial quantities and being affordable and readily available. Advancements in materials science and biotechnology have introduced new, improved methods of manufacturing, processing, and functionalising biomaterials for tailored applications [1].

A viable biomaterial candidate, cellulose is the most abundant natural polymer on earth and is predominantly found in plants [2]. Some amount of cellulose is also produced by microorganisms, particularly by acetic acid producing bacteria. This type of cellulose is commonly referred to as microbial or bacterial cellulose (BC). Bacterial Cellulose is a type of biomaterial that is uniquely extruded as nanofibrils by microscopic single cell factories in specialised culture medium. These nanofibrils of BC are a hundred-fold thinner than their counterparts from plants, which accounts for an increased surface-area-to-volume ratio, which in turn confers superabsorbent properties to BC. Bacterial cellulose is a crystalline polymer existing as a highly porous three-dimensional network. Interestingly, these nanofibrils can be converted into macrofibrils depending on the application of interest [2]. Macrofibres of BC are characterized by high tensile strength and stiffness which may outstrip those of steel [1].

Plant-derived cellulose, unlike BC, possesses a recalcitrant lignocellulosic network which requires an undesirable chemical pre-treatment to break down. This often limits the processability and consequent applications of plant-based cellulose compared to BC. Moreover, as an extracellular material, BC is intrinsically pure, and does not require a rigorous extraction and purification processes like other biopolymers. Owing to its diverse physical and mechanical attributes, BC has been explored in a wide range of applications in tissue engineering, biomedicine, nanofluidics, wearable devices, functional foods, cosmeceuticals, and biocomposites and bioremediation [1, 3]. It is noteworthy that as a bacterial product, BC has been used as a common substrate to produce antibacterial wound dressings. This is usually accomplished by doping the BC membrane with active factors and through chemical modification.

BC portends a high potential in a plethora of applications. However, despite these attractive properties, there are disproportionately few commercial enterprises currently pursuing the large-scale productivity of BC. The relatively low usage of BC may be attributed in part to its relatively high cost of production, this may be circumvented if adequate research is conducted into the use of renewable agricultural wastes as sources of carbon for BC production. Another disadvantage of BC that limits its application in certain biomedical engineering is their inability to degrade in the physiological condition due to the lack of the enzyme cellulase in humans or animals. To mitigate this, various chemical modifications including chemical oxidation have been investigated as a means of facilitating their bioresorption over time. It is imperative for an intensive research to be dedicated into this aspect to render BC desirably resorbable for certain biomedical applications to benefit sufficiently from its versatility.

With the ultimate goal of improving the industrial prospects of biomaterials, the ECOFUNCO project is aimed to determine the optimal production parameters for large-scale production of BC. Further to this, the suitability of BC as a coating material in the food and packaging industries is being explored. In ECOFUNCO, Komagataeibacter xylinus was used in various upscaling strategies to produce BC with high yields. Thus far, the highest titre of 662 g/L wet pellicles has been produced in modified HS medium under static conditions for 7 days.

In summary, BC is a versatile smart hydrogel that has been reported to be highly biocompatible and biodegradable with high crystallinity and excellent mechanical properties, among others.

We are professional and reliable provider since we offer customers the most powerful and beautiful themes. Besides, we always catch the latest technology and adapt to follow world’s new trends to deliver the best themes to the market.